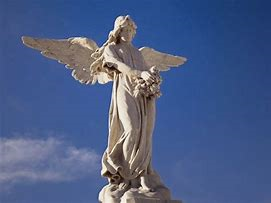 Frances A. "Fran" Onofrey age 90, of West Mifflin, on August 20, 2019. She was a daughter of the late Andrew and Susan (Duffer) Harman. She was a member of Holy Trinity Church, West Mifflin, where she was past President of the Christian Mothers and Guild, former Confraternity of Christian Doctrine teacher. Former member of the former Knights of Columbus #4210 Senior Citizens and the Duquesne Annex Senior Citizens. Former secretary at Geohring and Collin Law Firm and clerk at Recorder of Deeds Court Office. Wife of the late Michael J. "Mickey" Onofrey; mother of Elaine Onofrey and Janet Onofrey both of Florida, Michael (Deborah) Onofrey of Mechanicsburg, Richard "Rick" (Jeanne) Onofrey of Plum Boro, late Daniel (surviving spouse Eileen) Onofrey of Baldwin, and the late Leonard "Lenny" Onofrey; also eight grandchildren; and two great-grandchildren. Visitation on Friday from 2-4 and 6-8 p.m. at the MALOY-SCHLEIFER FUNERAL HOME, 915 Kennedy Ave., Duquesne, 412-466-3300 where a Blessing Service will be held on Saturday at 9:30 a.m. followed by Mass of Christian Burial at Holy Trinity Church at 10 a.m. Burial will be in the Parish Cemetery.

To send flowers to the family or plant a tree in memory of Frances A. "Fran" Onofrey, please visit our floral store.