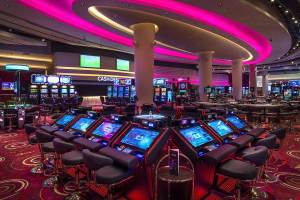 GERALDINE T. BARRON age 87, formerly of Duquesne, on February 5, 2019. She was the daughter of the late John and Ann (Tomasaitis) Thomas. She was a retired office manager for Woolworth in the Duquesne Village Shopping Center. Geraldine liked to read and go to casinos. She was the wife of the late Richard S. Barron for 55 years. Mother of Andrea (James) Kozak of White Oak, Amy (Bob) Momeyer of Peters Twp., David (Joanna) Barron of Las Vegas, and the late Wayne Barron; also ten grandchildren; and ten great-grandchildren; sister of the late Conrad (late Donna) Thomas. There will be no visitation. Graveside Service Tuesday at 1 p.m. S.S. Peter and Paul Byzantine Catholic Cemetery. Arrangements entrusted to the MALOY-SCHLEIFER FUNERAL HOME, Duquesne, PA 412-466-3300.