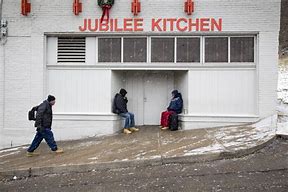 Sister Liguori Rossner 78, on November 7, 2019.  Born Patricia Rossner on July 31, 1941 in Duquesne, she was the daughter of the late Bernard and Genevieve (Pustelny) Rossner Sr.  She attended St. Joseph Elementary School in Duquesne, Divine Redeemer Academy in Elizabeth and Duquesne University where she received a B.S. Ed.  She later attended Carnegie Mellon University and received an M.A. in History.  She entered the Community of the Sisters of the Divine Redeemer in 1959 and served as a teacher in several Pittsburgh area schools including St. Raphael Elementary, St. Bartholomew Elementary, Divine Redeemer Academy and Bishop Boyle High School. In 1979 she joined the order of the Sisters for Christian Community and that year became co-founder of the Jubilee Soup Kitchen, eventually becoming the Executive Director of the Jubilee Association, Inc.  She was instrumental in expanding the work of Jubilee from a soup kitchen to a multi-service community center including a food pantry, employment and placement service, wellness center, health outreach and the John Heinz Family Center. Sister Liguori received several awards for her service including the Cardinal Wright Award from the Bishop’s Latin School in 2018,  the Courageous Woman Award from Mom’s House in 2000, Caritas Award from Catholic Charities of the Diocese of Pittsburgh in 1993,  the Catholic Youth Award from the Pittsburgh Catholic Youth Association in 1990, the “True Pittsburgher” award from Pittsburgh Magazine in 1986 and was inducted into the Century Club of Distinguished Duquesne Alumni in 1994.  She also served as president of the Diocesan Sisters Council in the 1970’s.  She is survived by her brother Bernard G. “B.G” (late Eleanor) Rossner Jr. of Duquesne; niece Cynthia (Jeff) Gedman of Duquesne; great nephews Tyler & Ryan Gedman. Visitation will be held on Wed. Nov. 13 and Thurs. Nov. 14, 2019 from 2-4 & 6-8 p.m. at the MALOY-SCHLEIFER FUNERAL HOME, INC., 915 Kennedy Ave., Duquesne, 412-466-3300. Blessing service will be held on Friday, Nov. 15, 2019 at 9:30 a.m. at the Funeral Home followed by Mass of Christian Burial at St. Joseph Church, Duquesne at 10:00 a.m. with Bishop David Zubik officiating. Memorial contributions may be made to the Jubilee Soup Kitchen, 2005 Wyandotte St., Pittsburgh, PA 15219.

To send flowers to the family or plant a tree in memory of Sr. Liguori Rossner, please visit our floral store.