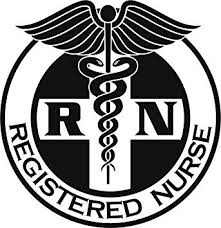 Cecelia A. “Cel” (Rago) Hlad age 92, of West Mifflin, on Saturday, February 8, 2020 at Marian Manor.  Born in Duquesne on December 19, 1927, she was the daughter of the late Joseph & Marie (Dudash) Rago.  She was a retired nurse from Magee Women’s Hospital, member of Christ the Light of the World Parish in Duquesne, past member of the former Duquesne Annex Senior Citizens, member of the former Christ the Light of the World Rosary Society & Women’s Guild, and was also a former cashier at Mann’s Bros. She was the beloved wife of Joseph G. “Whitey” Hlad for 68 years; mother of Melany Hlad of Pittsburgh, Nadine (David) Winwood of White Oak, Patrice “PT” (Paul Ludwig) Hlad of West Mifflin; Buba of Joseph Winwood of Plano, Texas and Nicholas Winwood of Manchester, New Hampshire.  She was the sister of the late Louise (late Andrew) Krasman, late Joseph (late Alicia) Rago, and late Agnes (late Michael “Kope”) Kopolovich.  Visitation will be held on Tuesday, February 11 from 2-8 p.m.  at the MALOY-SCHELIFER FUNERAL HOME, 915 Kennedy Ave., Duquesne, 412-466-3300, where an “Angels of the Allegheny” service will be conducted at 6:30 p.m. A Blessing Service will be held at the Funeral Home on Wednesday, February 12 at 9:30 a.m. followed by a Mass of Christian Burial at Holy Name Church of Christ the Light of the World Parish at 10:00 a.m.  Burial will follow at Holy Trinity Cemetery, West Mifflin. A special “thank you” to Marian Manor for the compassionate care given to our mom. In lieu of flowers, memorial contributions may be made to Vincentian Marian Manor, 2695 Winchester Dr., Pittsburgh, PA 15220

To send flowers to the family or plant a tree in memory of Cecelia A. "Cel" (Rago) Hlad, please visit our floral store.