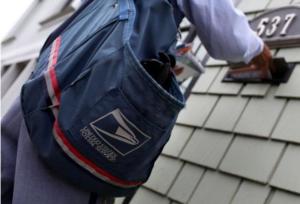 Edmund S. Lewandowski age 97, of West Mifflin, formerly of Duquesne, on April 16, 2020 at Locust Grove Personal Care Home.  Born May 9, 1922 in Nowa-Wies-Wielka, Poland, he was the son of the late Jozef & Anastazia (Siemiankowska) Lewandowski.  He was a retired letter carrier in Duquesne, a member of Christ the Light of the World Parish in Duquesne, a former insurance salesman for the Polish Roman Catholic Union of America, member of the former Holy Name Society of the former St. Hedwig Church, member of the Polish War Veterans of WWII,  American Legion, the Polish National Alliance, the Polish Club of Duquesne, Teutonia Mannerchor Club of Duquesne, National Association of Letter Carriers and the Loyal Order of the Moose.  Edmund enjoyed being surrounded by family especially celebrating birthdays.  He enjoyed sharing travel stories with his grandkids while drinking French wine.  He listened attentively while the great grandkids came to visit. He served in the Polish Army as a 2nd Lt. during WWII and was a prisoner of war for 4 years.  He was the beloved husband of 53 years to the late Blanche L. (Belback) Lewandowski, who died on March 19, 2004.  He was the father of Dennis (Judy) Lewandowski of Plum Boro, Rev. Thomas J. Lewandowski, Parochial Vicar at Immaculate Conception Parish in Washington, PA & College Chaplain at Washington & Jefferson College, Waynesburg University, and California University of Pennsylvania, and the late Anthony Lewandowski; grandfather of Kristen (Steve) Lichius & Michael (Kristen) Lewandowski; great grandfather of Ava and Ryan Lichius and Mary Lewandowski; brother of Regina Smolka and predeceased by brothers & sisters Anthony Lewandowski, Apolinary Lewandowski, Fr. Dominik Lewandowski, and Sr. Aurelia Lewandowski, S.O.E.  Due to the COVID-19 restrictions, a private visitation will be held for the immediate family and interment will be in St. Hedwig Cemetery, West Mifflin. A Memorial Mass of Christian Burial will be scheduled at St. Hedwig Church at a later date. Arrangements entrusted to MALOY-SCHLEIFER FUNERAL HOME, 915 Kennedy Ave., Duquesne, 412-466-3300.

To send flowers to the family or plant a tree in memory of Edmund S. Lewandowski, please visit our floral store.