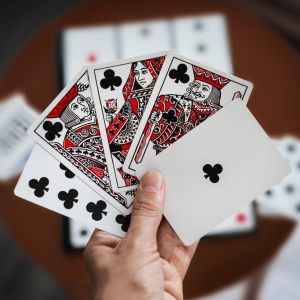 GLADYS M. YOUNG (GLADYS M. BARKER) Age 87, of West Mifflin, on December 19, 2019. She was a daughter of the late Frank O. and Myrtle (Sproul) Richards. She was a retired cook and bartender at Babe's Bar in Duquesne, a caretaker and worked at Duquesne and Homestead Senior Services, now known as Lifespan. She was a member of Christ Lutheran Church in Duquesne, an avid bingo player and card player. She also enjoyed swimming and camping. Wife of the late Robert Barker and the late J. Austin Young. Mother of Robert Barker of Scottdale, Denise Wagner of Scottdale, and the late Freddy (surviving spouse Sue) Barker of West Mifflin; grandmother of Kelly (Brent) Hainzer, Jessica Cale, Angela Barker, Amanda and Aaron Barker; sister of Ellen Coulter of Pittsburgh, Frank "Dewey" Richards of White Oak, Edwin "Eddie" (Carlene) Richards of Port Vue, late Clifford Richards, late Pete Richards, late Dorothy Giatroudakis, and the late Norma Price. Visitation on Sunday from 2-4 and 6-8 p.m. at the MALOY-SCHLEIFER FUNERAL HOME, 915 Kennedy Ave., Duquesne, 412-466-3300 where her Funeral Services will be held on Monday at 11 a.m., Pastor John Gropp officiating. Burial will be in Jefferson Memorial Park. Memorial contributions may be made to Christ Lutheran Church, Duquesne.

To send flowers to the family or plant a tree in memory of Gladys M. Young, please visit our floral store.